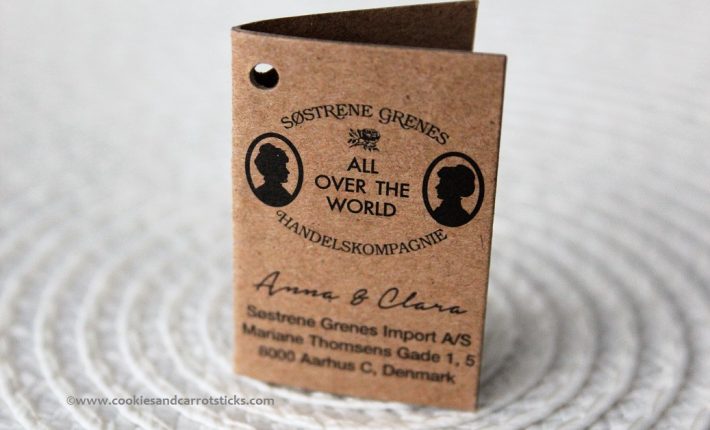 Do you really need that? That question often lies at the tip of my loving husband’s tongue. Though he has learned to swallow it, most of the time. But a sigh, hanging shoulders or rolling eyes actually say the same. I have to admit that I often ask that question myself. And often the answer is: no, I don’t need that. Not really. Actually, yes. Yes, I do. Oh, what the heck, who am I kidding? I JUST WANT IT!

And no, it’s not about clothes, jewellery, bags or shoes (alright, it could very well be), but this is about kitchen stuff. Well, actually anything that’s related to eating, cooking or baking. Kitchen gadgets, baking dishes, pans, knives, appliances, etc. etc. etc. And since I’ve started blogging, I’m always on the lookout for ‘props’. Nice dishes, plates, boards, table cloths, decorations…

There are so many nice stores I like to visit, and those are rather ‘dangerous’. Dangerous as in: never being able to leave the store without buying anything. Because there is so much nice stuff. I love shops like Xenos, Dille & Kamille, Action, Big Bazar and Flying Tiger. I knew Flying Tiger from when we lived in Denmark all those years ago. Since a couple of years, you can find it in the Netherlands a swell, like in Eindhoven. And there, another Danish store has been opened just recently: Søstrene Grene.

Søstrene Grene is a store where you can find a wide variety of goods, such as home decorations and toys, crafts and painting utensils, spices and candy. It’s a store you’ll never leave with buying stuff. Luckily, I’m not very often in Eindhoven, but when we went for lunch last week and all stores are open there on Sunday, I could not resist. I had to pay that store a visit.

I did go easy, really, but there were a few things I just had to buy. Like this gorgeous little grater. Now tell me, isn’t this just too cute? A teeny tiny golden grater. For nutmeg or ginger.  Will I use it often? Probably not. It’s a must-have. 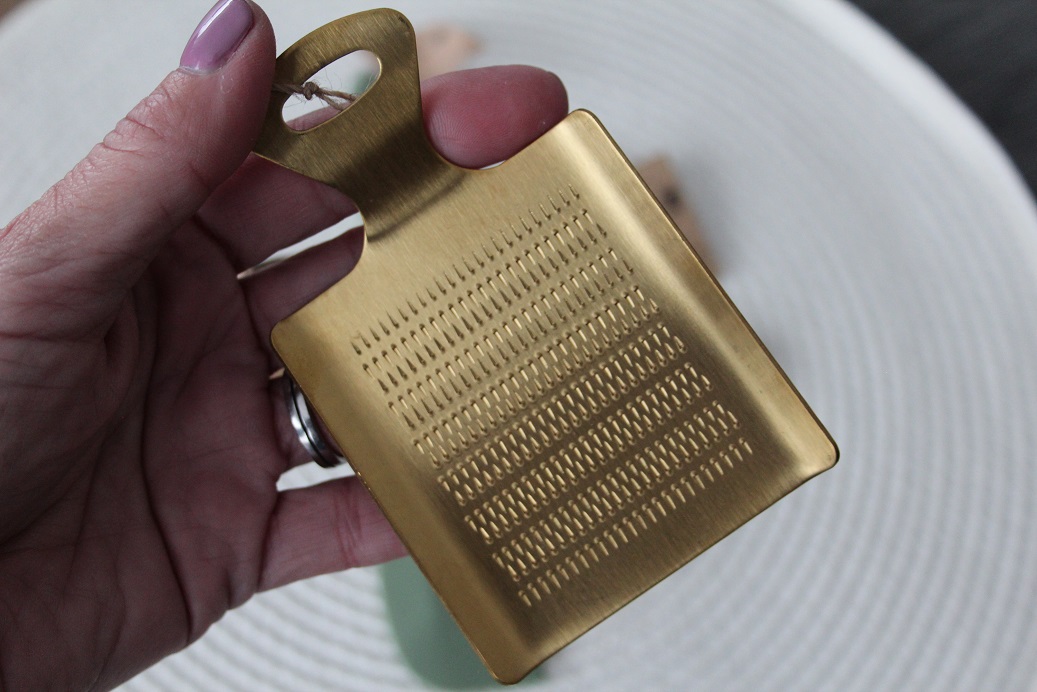 And I got a rubber spatula. Don’t you have one? Sure, I do, but not such a small one. Will come in handy for emptying glass jars. It’s always a fight to get the last bits out of jars using a spoon. And the regular spatulas are too big. Yep, this will come in handy. 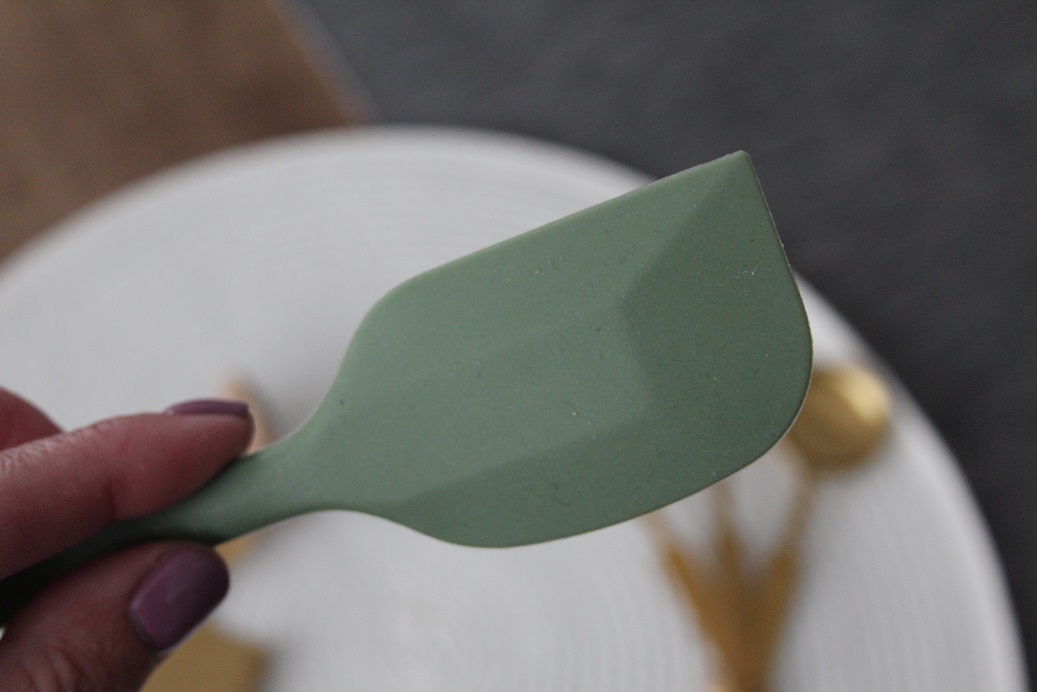 And I found these beautiful golden measuring spoons. Not that I didn’t have any measuring spoons yet. But no golden ones! You can never own enough measuring spoons. I often use several teaspoons when I’m baking. And you can’t use one spoon for everything. Or you have to clean it every single time before measuring the next ingredient. Which means that extra measuring spoons always come in handy. Alright, I do have a lot of them. Oh, well… 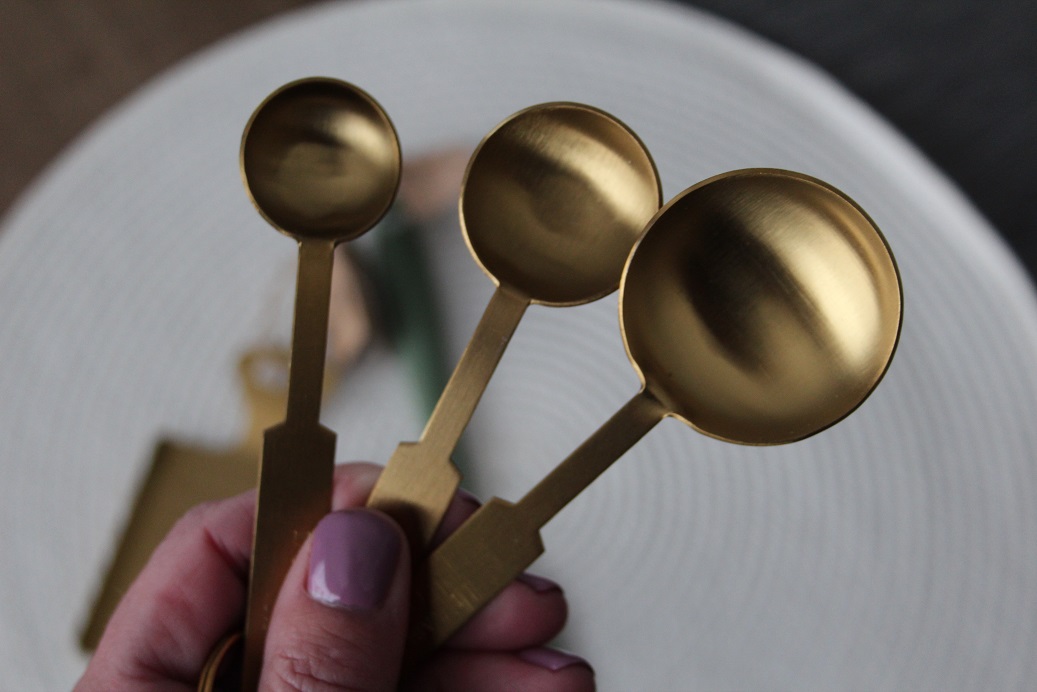 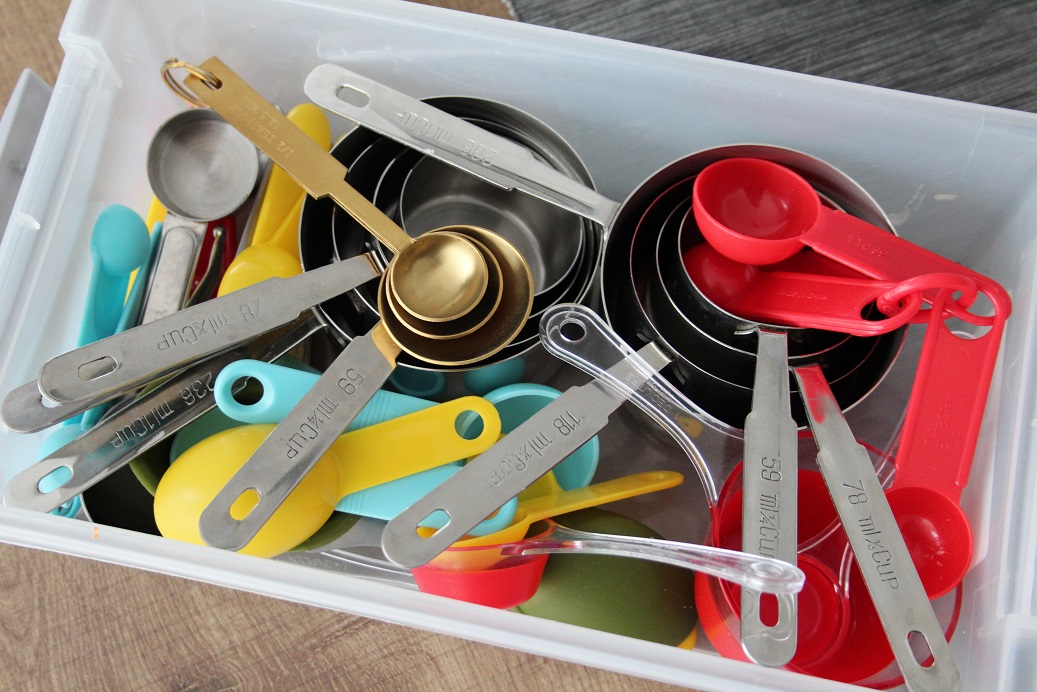 But it wasn’t just my addiction, we served. We’ll have a birthday party very soon, our youngest turns 7 in a week. We didn’t know yet which theme we would have for the party, but when we were at Søstrene Grene, we knew: a pirate themed party. With a few extra bargains at SoLow, we’re pretty complete. 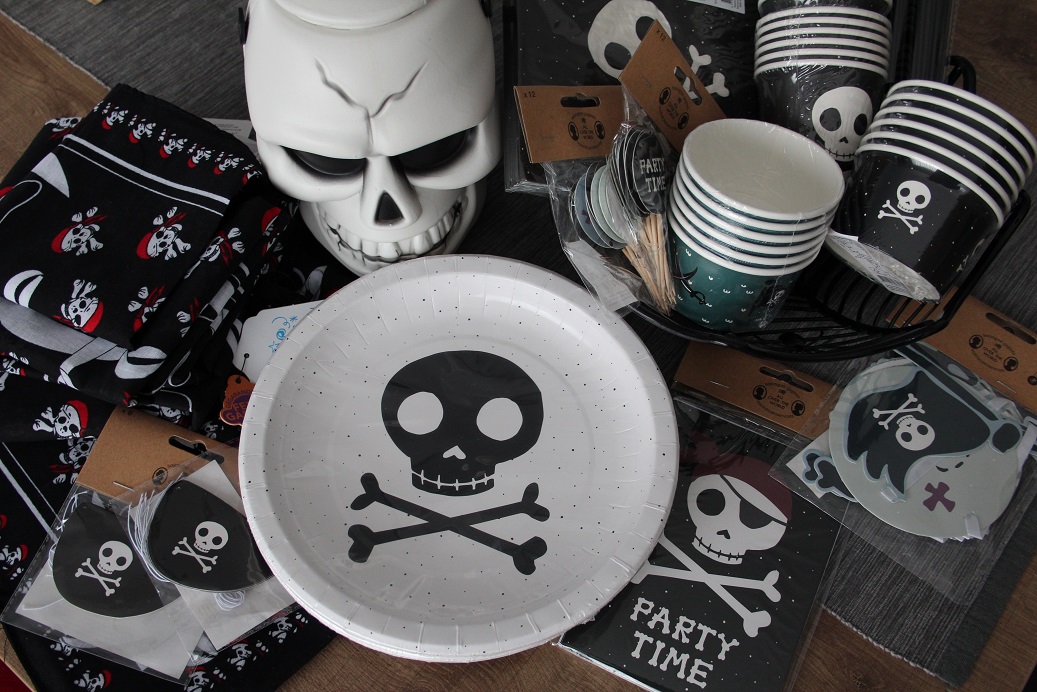 So, I did hold back AND I bought stuff that comes in handy. Right?!