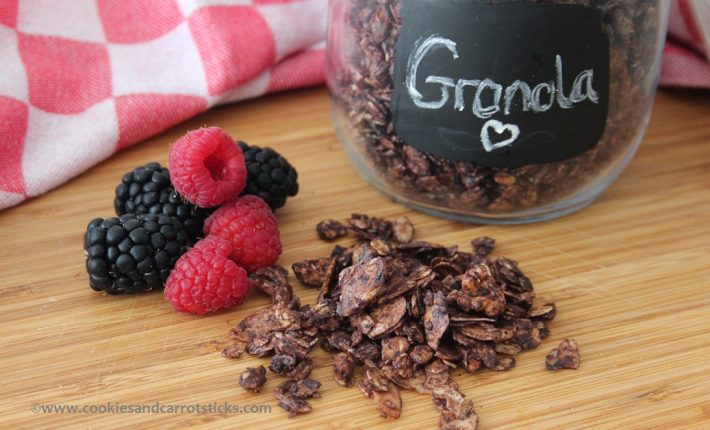 {:en}’In the morning’ – that is this week’s Crea-Cross Challenge and if you ask a food blogger what he/she associates with ‘in the morning’, it most likely is breakfast. Okay, and probably coffee. Coffee is always on my mind, but in this case, breakfast popped into my mind straight away. There are so many great breakfast recipes. I thought long and hard about what I would share. Pancakes, bread, scones, breakfast muffins… I settled for: GRANOLA! 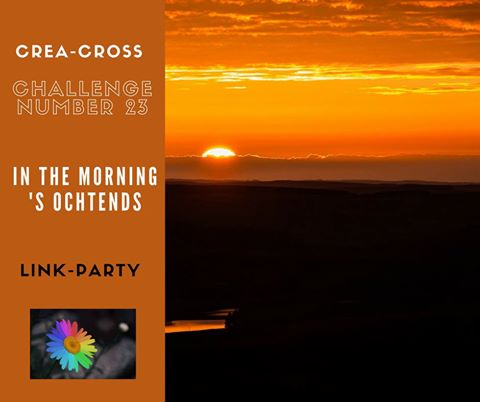 By the way, if you want to know more about Crea-Cross and the upcoming challenges, hop on over to Kreanimo for more information (and all the past challenges and creative contributions). Want to party too and share something in this week’s theme? Scroll down and click the blue button!

Granola is very popular. I love it. At supermarkets, more and more varieties are available. But what is it exactly? And is it good for you? I always thought that granola is the same as muesli, just a sweeter and crunchier type. It sort of is, but not exactly. Both have as main ingredient old-fashioned oats. Muesli often contains an added mixture of seeds and nuts, maybe some dried fruit like raisins, and is eaten raw. Just dry out of the box, it’s a bit hard to eat (in my opinion, though some people might like it like that). That is why it’s usually soaked in milk or yogurt.

Granola is mostly made with oats, but can also be made with other types of grains, like rye, barley, quinoa etc. It is often combined with nuts, seeds and dried fruits, just like muesli, but also fat (butter or vegetable oil) and sweetener (like sugar, honey or maple syrup) and then it’s baked in the oven. That makes it sweet and crunchy, no need to soak it first.

So at first sight, granola is the same as muesli, just baked, right? Digging a bit deeper into the history of muesli and granola, it’s origins might actually surprise you. Apparently, muesli was invented by the Swiss nutritionist Dr. Bircher-Benner. The exact time is a bit vague, as some sources state that he invented muesli in the early 1900’s, while other sources stick to late 19th century.

If you take the latter into consideration, granola was invented around the same time, around 1890, just thousands of miles away. On the other side of the globe to be exact, in the United States. It might even be that granola was invented earlier than muesli. So while they seem to be the same (one raw, one cooked), they are different.

Muesli as well as granola are considered healthy breakfast options. But let’s take a closer look. If you check the ingredient lists on the packages at the supermarket, you often see additives and: sugar. A lot of sugar.  Now take these three examples: 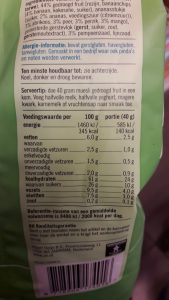 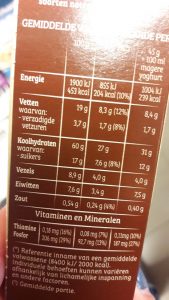 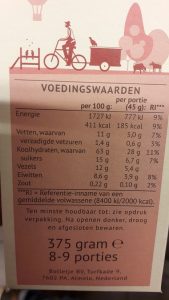 The first is muesli, the other two granola. The muesli should actually only contain the natural sugars from the grains and fruits, but there is added sugar in several places in the ingredient list. A portion should be 40 g and one portion contains already a whopping 10 g of sugar. That is excluding the milk or yogurt you’ll put on it. And to be honest, have you ever weighed your portions? 40 g really is not much, about 4 tablespoons. I think it’s safe to say that most people will pour double portions into their bowls. The other two, which I expected to contain more sugar than the muesli, actually have less sugar per portion (and the portions are slightly larger, 45 g). One contains 7.6 g, the other 6.7 per 45 g.

Not too long ago, the WHO (World Health Organization) lowered the advised maximum daily sugar intake to 25 grams per day (6 teaspoons). If you look at the picture in the middle, you can also see the nutritional value of a portion including 100 ml low-fat yogurt. A portion (as small as it is) already contains nearly half of the advised daily sugar intake: 12 g.

I’m not a nutritionist. And I’m certainly not saying that you should stop buying/eating muesli and granola from the store. I just think that we should all be more aware of what we are eating. And how much we are eating. Awareness will help us make more conscious choices. If you love a good bowl of granola in the morning, please keep doing so and enjoy it! The worst thing we can do, is start feeling guilty or deny ourselves certain foods we love. But if you know what you are eating, you can adjust choices throughout the day. Or the next day. Maybe eat one less chocolate. It’s all about balance. Cookies and carrot sticks ;-).

Anyway, if you do want to start making your own granola, try this easy and very tasty recipe. The whole recipe only contains 13 grams of sugar. I entered 10 servings to calculate the nutritional values on myfitnesspal.com, but you can get more out of it: 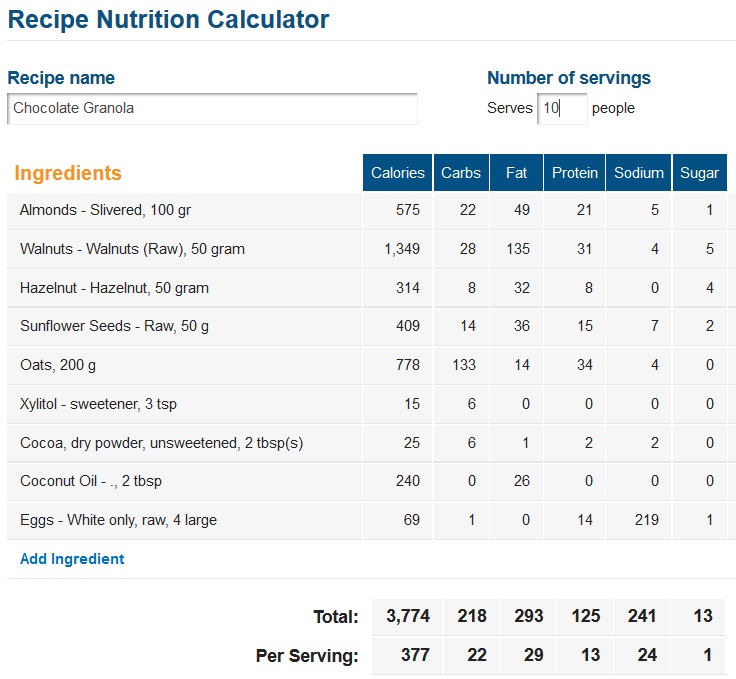 That’s 1 gram of sugar per serving. I usually don’t eat a whole bowl of granola, but sprinkle it on top of some yogurt, fruit or smoothie bowl: 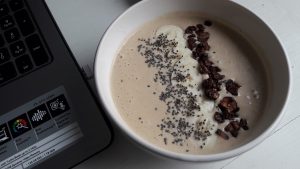 Adds great taste and texture. Or you can make a fancy looking dessert, adding some fresh fruit (like raspberries) and layer it with Greek yogurt: 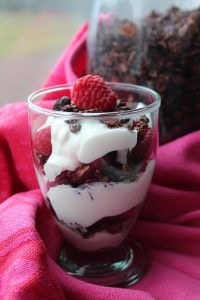 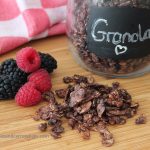 *Use certified gluten-free if needed.

**You can use other sweeteners, honey or maple syrup.

Want a more fancy breakfast? Then try these Banana Pancakes.